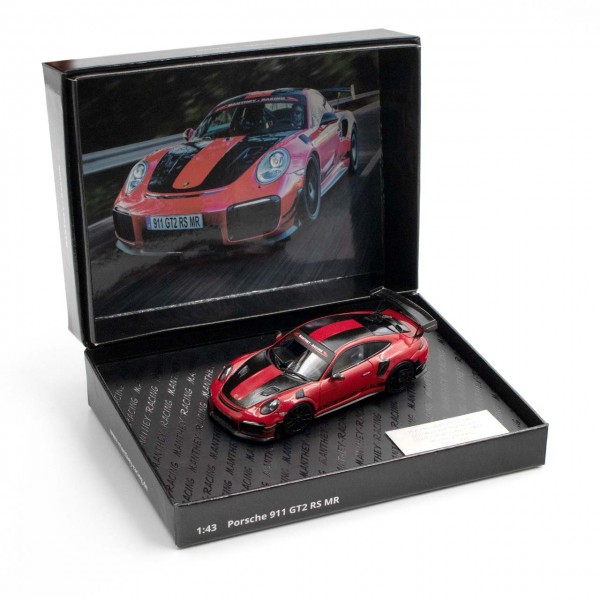 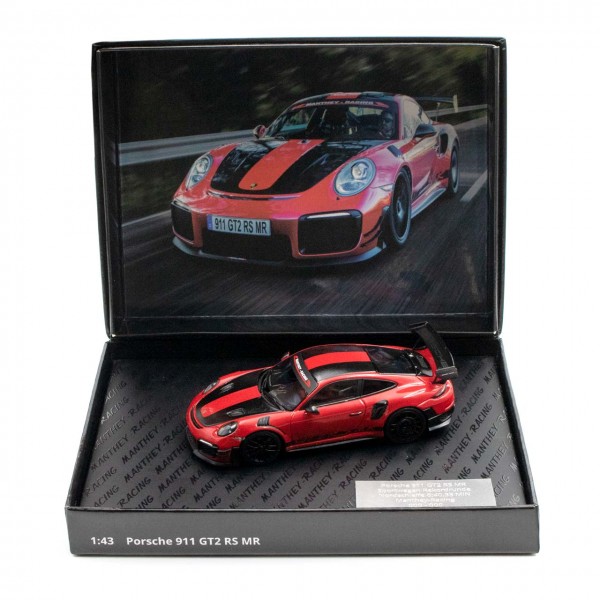 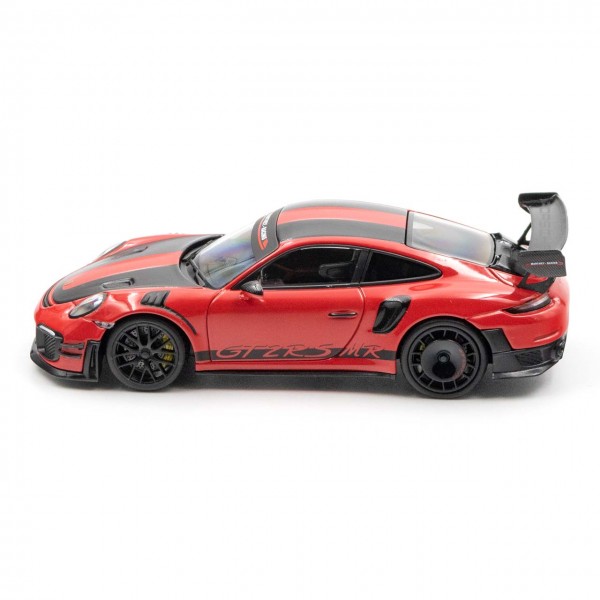 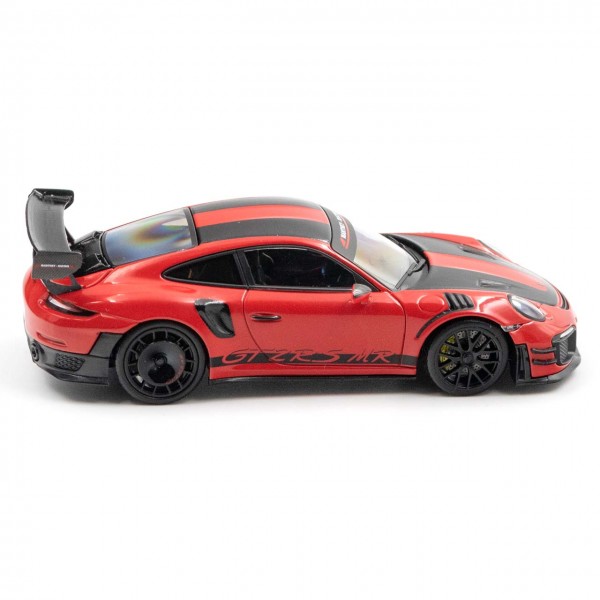 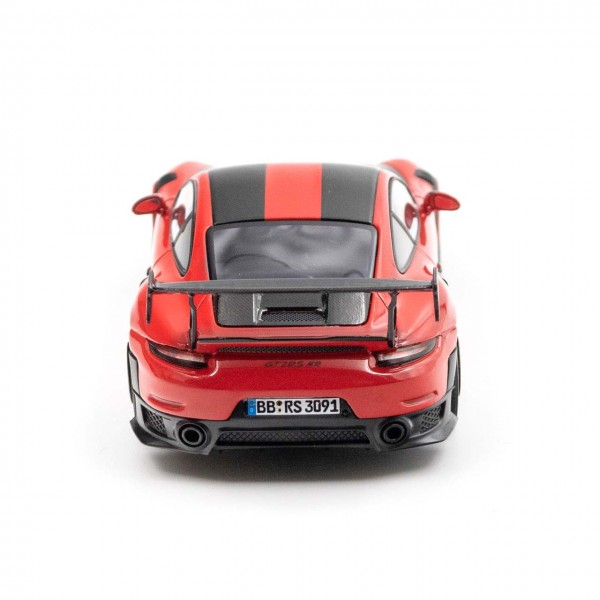 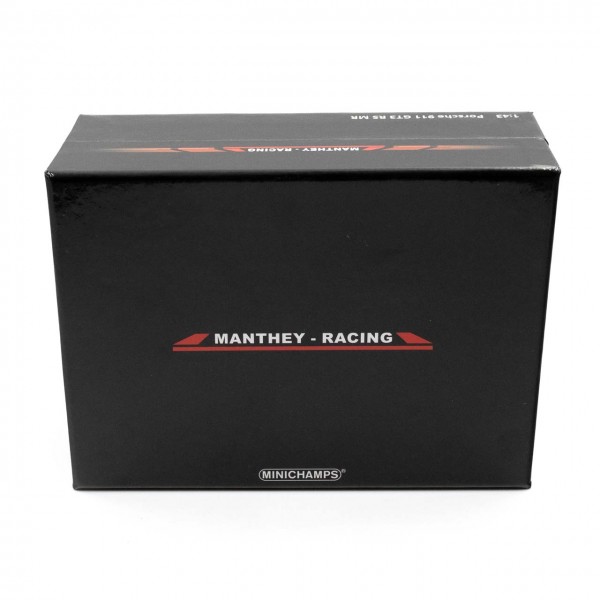 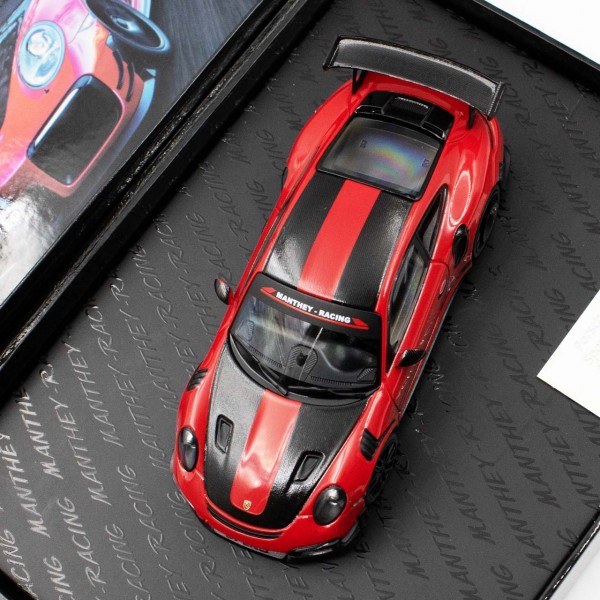 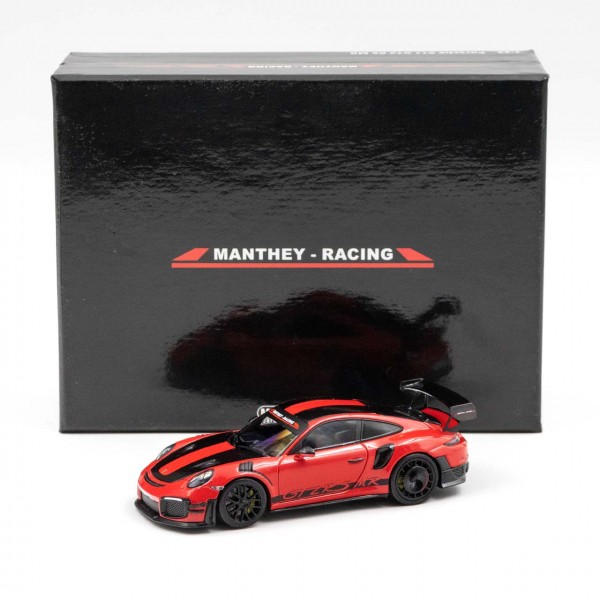 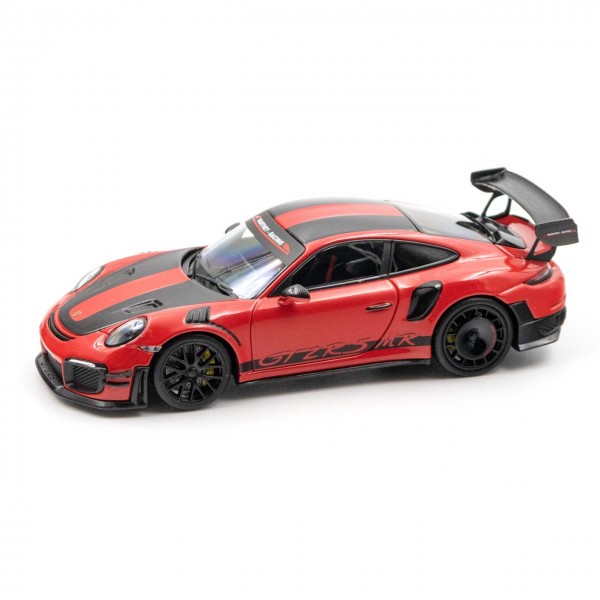 The Manthey-Racing Porsche 911 GT2 RS MR 2018 Rekordrunde Nordschleife Collector Edition model on a scale of 1/43 in red with black decor.

The Nordschleife of the Nürburgring, also known as the Green Hell, has always served as a benchmark for motorised racing. Therefore, the 911 GT2 RS MR also had to prove itself here. In cooperation with Porsche, a Manthey Racing Performance Kit was created that was specially designed for the Nordschleife. Under these conditions, the time finally came on 25 October 2018: with a time of 6:40.3 minutes, Porsche works driver Lars Kern was able to set a new lap record on the 20.6-kilometre track. This made the Porsche 911 GT2 RS MR the fastest road-legal vehicle ever to race on the Nordschleife. It was also a unique experience for Lars Kern: "It was tremendous fun. [...] I only had one attempt that day because it was getting dark. It worked right away."

The Porsche 911 GT2 RS is the sports version of the Porsche 911 Turbo and scores with its pure rear-wheel drive with higher performance and a lower power-to-weight ratio thanks to the comfort-reduced equipment. Since its unveiling at the Goodwood Festival of Speed in June 2017, the 911 GT2 RS has been one of the most popular road-legal sports cars.

The Manthey Racing version of the 911 GT2 RS also boasts another significant performance boost. Thanks to comprehensive fine-tuning and specially tuned modifications, it was possible, among other things, to set new lap records for road-legal sports cars on various endurance tracks, such as the Nürburgring Nordschleife.

The limited edition model of 300 pieces comes in an exclusive Manthey-Racing collector's box with the respective numbering on an engraved metal plate. It was produced in the usual high Minichamps quality and reflects the original in the best possible way. 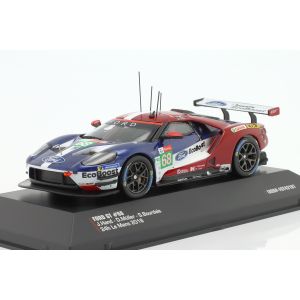 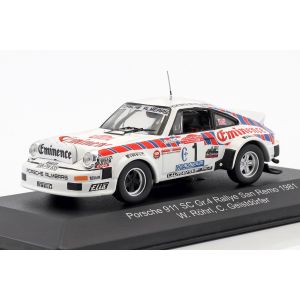 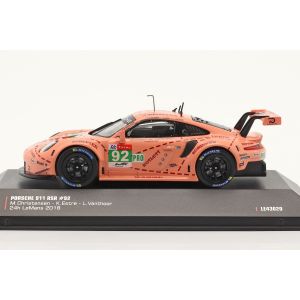 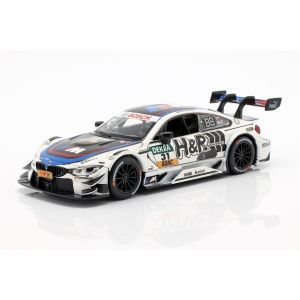 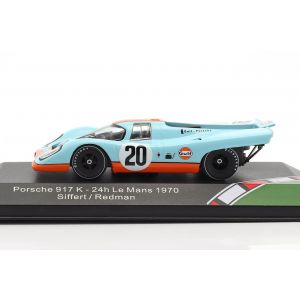 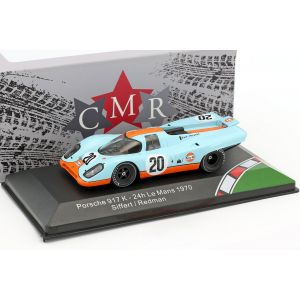 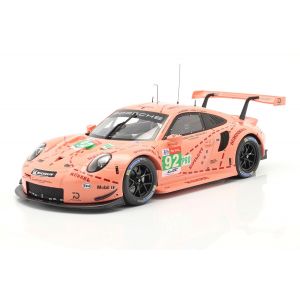 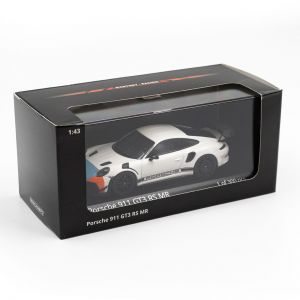 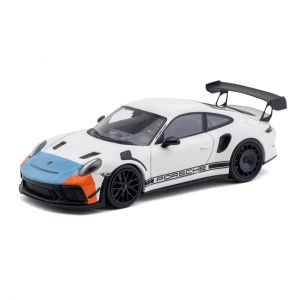 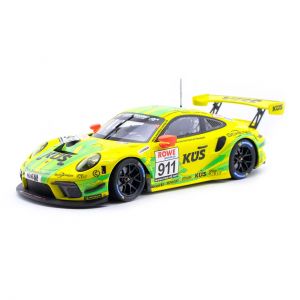 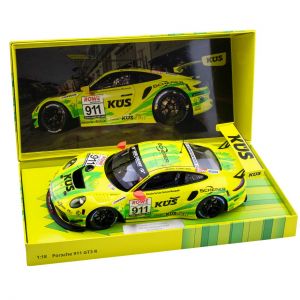 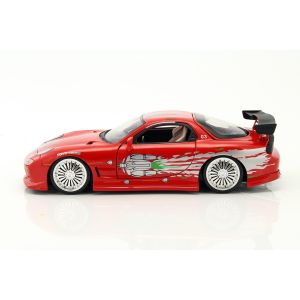 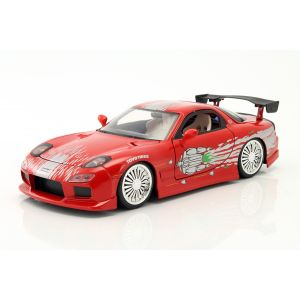 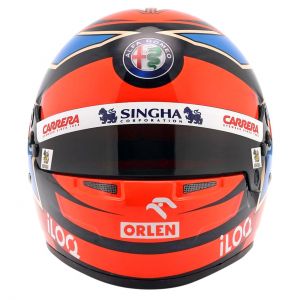 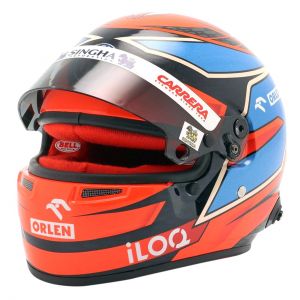 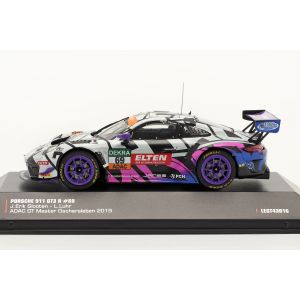